Hi, I'm Mac Logan, Nice to meet you. There are three main sections in this bio: ME THE ANGELS' SHARE SERIES WHY I WRITE THE ANGELS' SHARE SERIES Thanks for dropping by. ABOUT ME... Born in Scotland, I lived in the UK, Canada and USA by the time I was twelve. School and I didn't get on too well so I left early, found work, and wound up as a shepherd on the Isle of Mull off the West Coast of Scotland. The beauty of the landscapes; wild shores, rough-hewn mountains and lusty weather fills my heart still. The physical demands and athleticism of the work, made life as spiritual as it gets ... except for one thing ... the farmer's wife. She regarded me as a traditional farm servant and treated me accordingly. If she'd given me a teeny-weeny drop of TLC, I think I'd have been there yet; but she didn't, and I left. Starting on the shop floor in a factory, in Aberdeen, I learned massive respect and love for "ordinary" people. The fun, rawness and honest-to-goodness decency of my co-workers warms me yet. Of course, as I gained promotion and eventually became a senior executive, I learned about the deceitful, dissembling and ugly side of business life. I founded my own business in 1984 as an Organisational Development and Change Advisor (helper). Why advisor?; you may ask. The presumption of consultants having "right" answers is unhelpful in the human side of work. No two organisations are the same. (The prescriptive, mechanistic approach advocated by modern HR often misses the point as well as the hearts and minds. If you want to know more contact me. There is related writing in the pipeline ...) My working-life adventures continued when I founded a company to help my brother and another software developer get their technology to market. We grew quickly. As CEO I experienced the cruelty, ineptitude and blunt trauma of dealing with public sector procurement as the leader of a small business. We won major contracts, delivered exceptional quality and value. And ran up against a harsh world, I hadn't expected to find, where high performance wasn't the criteria for success. By 2007 I had burnt out. These experiences led me to write The Angels' Share series. There is more information at (https://www.logan.co.uk). With over twenty articles published - some even paid for! I'm a charity trustee, a non-executive director in an software company; Organisation Development and Change facilitator (http://www.synthergi.com); volunteer crisis advocate for people with learning difficulties and, of course, a writer. I love family, cooking, good company, banter, sport, fun, and an occasional drop of 'The Cratur'. *The Angels' Cut* and *Dark Art* published. *The Devil's Due* will be released in Q2 2014 and *How to Sort Out People Who Waste Your Time* (not too serious - self help - non-fiction) in the New Year. THE ANGELS' SHARE SERIES If you're prepared to lie, cheat and browbeat ... narcissism, bullshit and bullying goes a long way. And, it's a fast track to the top. Such people will do anything to stop their wickedness being exposed. The greater the evil, the more vicious the reaction. A person, with capability and will, can uncover the badness. For them, there are no sleeping dogs. Death and evil may come a-stalking a person or people who might expose corruption, and the people involved, for what they are. In *the Angels Cut*, Eilidh is on the treacherous twisting trail of a criminal conspiracy. At the dark heart of The UK Establishment she discovers BIZZ, a business-like operation built on avarice, corruption, the abuse of power and government protection. Sam Duncan is unaware of a merciless criminal operation gunning for him and closing as fast as the express train taking him to London. When he gets there Eilidh is gone. Sam digs and probes using detective skills he learned in covert intelligence, and plummets into a malicious criminal web of confusion, betrayal and stunning evil. Danger mounts as Sam grapples with BIZZ, a cabal of slippery foes from British organised crime, banking, government agencies, politics and compromised intelligence services. Can Sam once more become the lethal warrior from his past? Backed by is special forces minder, Tonka, he's going to find out. Across the USA, Europe and the UK, Sam Duncan squares up to BIZZ, a murderous alliance of power, greed, corruption and betrayal, to protect those he loves. *Dark Art* starts where *The Angels' Cut* leaves off. Sam Duncan and Tonka plunge into a lethal escalation of the battle against BIZZ, a monstrous global confederacy of business, organised crime, bankers, officials and politicians. The trail leads to Europe, and the USA, where Sam and Tonka are joined by a mysterious woman. They search for a missing dossier as BIZZ pulls out all the stops to interdict them. A sprinkling of dark humour keeps the pot boiling. BIZZ watches, a deadly spider in a self-serving web, ready to obstruct and murder at will. Just what do you have to do overcome a vicious, unprincipled foe? In a wild final confrontation Sam is going to find out ... WHY I WRITE THE ANGELS' SHARE SERIES I have no wish to inflict physical punishment or damage on other people, no matter how evil. However, writing offers a way to take an emphatic 'pop' at the corrupt, self-serving swine who steal our money, crush human spirit and get away with it. We read about them in the press every day. Me, I exact redress through thrillers, where I can visit mayhem on bad people with graphic robustness. The collateral damage to innocents in my stories is, of course, to be regretted. This then is the basis of The Angels' Share series: fiction rooted in grievance and amplified by a surging imagination. THANKS FOR YOUR INTEREST Thanks for reading this far, I hope we'll stay connected for a long time to come. It's great to build a relationship with my readers. I'm always delighted to hear from you.

Travelling back from a funeral with three other oldies, I was shocked by their unreasoned beliefs about Brexit.

I tend to avoid the Brexit and Bremain rudeness because idiocy, whatever your stripe, is idiocy. It’s time to stand up and be counted.

We’d be insane to do anything more, just now, than pull Article 50 and start again… if we must. 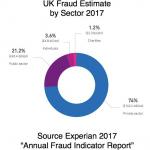 I experienced the world of the lower level officials. In my eyes, they had (have) much potential in an environment that has problems developing or applying relevant capability. I could cry.

Save the cat, why? Would you sauté, roast or boil a cat? I confess it crossed my mind the other day. Shocking or what? It’s important to realise I know why, and, it might get worse. You see, I’ve restarted the 2:5 way of eating. The complete omnivore As a result, following the two days of […]

Naturally enough, a choice of spin over fact is at best annoying and at worst criminal (remember Iraq). Yet our government hires spin doctors. Did the PM tell porkies?

Conceit and defeat come before despair. I should know …

Bannon and what’s the difference?