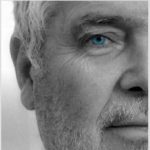 May 3, 2018 – Scottish Crime Writer, Mac Logan, is taking his acclaimed Angels’ Share book series stateside with the launch of two of his latest thrillers in Seattle, Washington this week.

Organised by his growing American fan base, Mac will appear at Seattle’s Kenyon Hall at 6.30pm (EST) on Thursday, May 3, to read extracts from his detective novels SLICE – the Angels’ Cut and its sequel, DICE – a Dark Art. The only condition placed on him by the organisers is that he must wear a kilt.

I’ve a steadily growing number of readers in America and in Seattle in particular. Scottish crime writing has such a strong track record and seems to be increasingly popular across the Atlantic,” said Mac Logan. “It’s flattering and exciting that my readers have organised this for me. All I have to do is turn up in a kilt which is fun in the USA – people love it. In Seattle they even brew a beer called Kilt-Lifter. Thankfully my kilt didn’t lift last time I tried it so my audience will be safe to enjoy the readings and Scottish banter!”

The Angels’ Share series follows Eilidh Duncan, a trainee investigative journalist, and her former soldier brother, the Reverend Sam Duncan, on a perilous life-threatening journey into the dark underworld of high-level establishment corruption. The third book in the series, PRICE – the Devil’s Due is scheduled to be published later this year.

Nick Singh of Ingram Spark added, “Having begun the Angels’ Share series as a self-published writer, Mac has shown true grit and determination in steadily building a loyal readership that’s spreading internationally. Adding to his Amazon sales, we are delighted to make Mac’s books available through Ingram Spark for worldwide distribution.”

A member of the Society of Authors and Crime Writers Association, Mac Logan lives with his family in the East Neuk of Fife. Chair of the Colinsburgh Galloway Library Trust, Mac is an avid cook, sportsfan and self-confessed lover of “the occasional drop of The Cratur.” For further information on Mac Logan’s work, visit logan.co.uk, join him on Twitter or on Facebook.