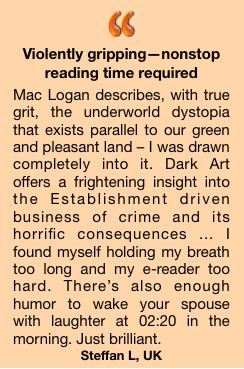 This is a wee bit more about The Angels Share series.

They mangle his sister, terrorise his family and plan Sam’s termination – he’s gotta move, survive, fight back … then his car gets blown all over a mountain in France …

BIZZ is a greedy international cabal of organised crime, banking, government, politics and security services taking lots of public money. They aim to stay invisible (sound familiar?) and no one gets in their way.

The Agency is a covert specialist group targeting corruption and fraud in the UK Government and beyond. It protects Sam’s family, for a price.

Eilidh Duncan investigates a corrupt conspiracy … it’s only a matter of time
Eilidh’s report is ready for publication … time is running out
The conspirators take Eilidh … how long has she got?
Sam Duncan investigates … death stalks him
Sam joins the dots … OMG!

A monstrous psychopath hunts Sam … it’s only a matter of time
Corrupt officials dog The Agency … time’s running out
Nowhere is safe: UK, USA, Europe … nowhere
And there’s a dossier to die for… and people are dying
BIZZ goes for the jugular … Crunch-Time!

“Hold on to your hat!: Laced with both tension, fear, humour and warmth Mac Logan writes in a fast-paced and to the point style to produce an excellent thriller.” Susan Louineau best-selling author of The Chapel in the Woods

“Deeper than you think…: … as the plot moved on, more parallels to Stieg Larsson became apparent. Underlying the surface appeal of this action-packed novel is a serious and passionate effort to portray very real dangers in our contemporary society. Journalists, such as Eilidh Duncan, Ai Weiwei, and Anna Politkovskaya, threaten vested interests who don’t wish their real motives to be revealed.” MN, Seattle, WA

“A tale of crime, corruption, friendship and family ties: Characters are believable, consistent and three-dimensional. In between Sam’s quest for truth and justice, there is still room for his family. In many ways, this is just as much a love story as it is an action and suspense one. The only way this could have worked is if the relevant characters weren’t cardboard cut-outs, otherwise I wouldn’t have cared.” Martijn van Waveren exciting new author.

“A rollicking, pacey, action thriller… a great read…: …this story has all the ingredients needed for a great thriller… a morally decent central character, dragged across the lines of society’s rules of propriety, reverting to his special forces skills to combat the harsh criminality that seeps throughout the narrative…” Seumas Gallacher best-selling author of The Violin Man’s Legacy

“Thrilling thriller!: Dark Art is another exciting read from Mac Logan, full of twists and turns, and a fair amount of black humour. Credible violence and the odd car chase all add to the race-to-the-line dénouement. Roll on the next instalment!” FG Winskill, Editor

“Deeper than you think…: … as the characters are developed one is drawn in by the witty dialogue, by the fierce and touching family loyalties, and by the noble defense of the vulnerable against those who would abuse them to their own ends. Initially repelled by the violence … I felt, as in Stieg Larsson’s novels, the visceral satisfaction of seeing justice meted out to the abusers of women.” MN, Seattle, WA

“It’s fiction but the scary thing is that it could be happening right now. Dark Art is a fast-paced, exciting and difficult to put down book. The story takes all kinds of twists and turns and you never know where it is leading, who was responsible, or how it would turn out until the end. I read it in one afternoon and evening because I could not put it down, a rare thing for me and a wonderful indulgence. Dark Art is not only a good tale but also suggests an interesting insight into the dark side of state institutions and their officers.” CG, Darlington, UK

The sands of time are running out … Sand? What sand?