Eilidh investigates, opens a can of worms and starts a dangerous personal journey. What do you expect as she uncovers layer after layer of fraud in government procurement and shady customs practices? It‘s no surprise powerful fraudsters want her stopped.

“Like all other reviewers, I found this book fast-paced, enjoyably unpredictable and just that bit ‘different’ from other action thrillers I’ve read. Sam Duncan is an attractive (and impressive) hero and the generally short chapters keep the book moving; it’s page-turning stuff. The plotting is skilful and there’s enough character-building to prevent this from being merely a series of fast-moving events. In a very competitive field this stands out . Well done Mac Logan!” hillbank68 – Amazon TOP 500 REVIEWER 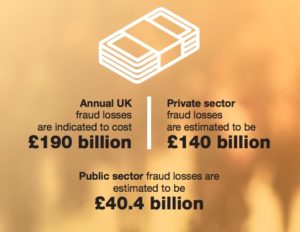 The Angels‘ Share thrillers face the corrupt people and cadres who screw us, avoid tax and steal our money. As a result of this criminality, Current figures for 2017 make for an eye-watering read. Imagine what an extra £190 billion would mean for the UK.

Some say that which hurts you makes you stronger. If you agree, let’s not forget the impact of mental and physical violence. Meaning, you’ll be okay if your mind isn’t broken and you survive. So, where’s Eilidh, she’s almost certainly damaged … Is she alive?

THE INVESTIGATION LEADS from Scotland to London and on into Ireland. It isn’t long before Sam realizes he is on the slippery tip of a gigantic iceberg. In this case, the evidence points to Europe, the USA and beyond.

Are officials complicit or complacent?

ALL THE WHILE danger grows, from France to the forests of the Pacific Northwest, and even an Irish abattoir. When you get right down to it, if the bad guys want a bare-knuckle fight, so be it.

If you like great British writing, with international action and a Celtic soul, you’ve come to the right place. Angels Cut and Dark Art are available now in eBook and paperback. Devils Due is out soon.