My problem lies in reconciling my gross habits with my net income. – Errol Flynn. Poor old Errol can’t have had a Magic Money Tree. 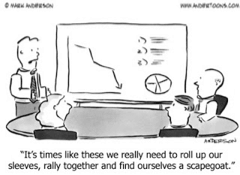 Why should we worry about runaway costs in our Government spending? The Magic Money Tree copes, doesn’t it? Ask the DUP. Billions of loss and wastage, never mind fraud and error which accounts (February 2016) for between £22bn and £44bn per annum. Per bl**dy year for f***s sake. At least the money goes somewhere.

Is it worth mentioning the losses from procurement cost overruns? We see them almost daily, for example:

Charity begins at home … so save some cash

Where will the money come from? For example, if we control the runaway costs of government procurement and other wastefulness, we may have an answer … work smarter.

Margaret Hodge, the former Labour minister and past chair of the public accounts committee, stated:

“The carriers’ starting cost was £3.5bn, is currently about £6.2bn, and is likely to rise to up to £12bn. There will be nine years without a carrier, and it will be at sea for fewer than 200 days on average.”

What can we do in these days of food banks, tragic fires, austerity and pollution killing people tell us? We’re broke, the system’s broke and our leaders have no understanding or competence in fixing things.

Why does such crass inertia, insensitivity and incompetence remain unchallenged? Acceptance without question, covered-up and spun-away by our leaders? Perhaps all politicians lack the necessary expertise. My grandchildren will be paying for such mendacity and criminality for their whole lives.

Will the Magic Money Tree wither?

How do we overcome ideology and obvious disinterest? What should we do about the greedy/naughty/ corrupt people hiding in the wings?

If we fixed situations like these would we need much, if any, austerity or pain? Would we question helping our poor or educating our young folk? What opportunities would come to the fore?

The ongoing costs of government procurement and the lack of control as typified by fraud and error is a national disgrace. Does the Magic Money Tree need pruning?  Why isn’t this a key priority for our cash-strapped government? Even writers are getting in on the act …