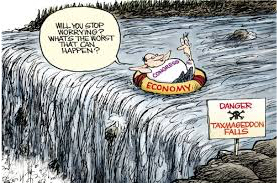 The Westminster Bubble of course. You know, the place where the UK politicians who aspire to ‘serve’ us expend phenomenal energy and effort on our behalf.

We elect our leaders. That’s what democracy is all about. Err … well … I suppose that’s where Bubbles may rise also. Sometimes reminiscent of flatulence in a bath if truth be known. There are loads of bubbles out there.

There are four aspirants to the leadership of the people’s party (Labour). One of these, Mr Corbyn, has a reputation as a left-winger and surprisingly, perhaps, he still enjoys a lead and that’s where this particular Bubble comes in.

Corbyn’s bid came about because twenty MPs, perhaps with a tokenistic mind-set, decided he (his ilk) should be given a voice. After all, he’d never catch on with his old-fashioned ideas. But he caught on …

Remember Scottish devolution? How the settlement included proportional representation. Interesting word, proportional (comparable, pro rata, in proportion, commensurate, equivalent, etc). The reasoning was simple: if political representation is proportional there can never be an overall majority and true power will always reside in Westminster. Then the SNP won a majority …

It’s hard not to wonder, bearing in mind the intent for Scotland, if the idea of true democracy has yet to penetrate the Westminster political bubble.

In the contest for the Labour leadership, it’s a right-wing three to one against, yet Corbyn looks like winning. How can it be? Simple.

In the interests of democracy the Labour Party opened its doors to the idea of one person one vote. Power to the people. Democracy. People outside the Bubble got involved and the landscape changed …

Imagine, shocked politicians and parties discover there’s life outside the Bubble, and differing views about what matters politically. What are they to do? Attack! Tony Blair (ex PM), Gordon Brown (ex PM) get in on the act.

With the usual sincere if poorly founded rhetoric, Corbyn is under attack. What about his flawed economic ideas? Flawed? Suddenly, a host of economists agree with his thinking. OMG, Corbyn has mainstream credibility …

Worse still the economists don’t see eye-to-eye with the Chancellor. A Tory bubble pops in the Westminster bath.

The election is upon us. Will the status quo remain? Or, will more bubbles burst as our fellow citizens intepret the spin and half-truths, get out of their Bubbles and demand honesty and effectiveness from our leaders.

Will things ever be the same again? I hope not.